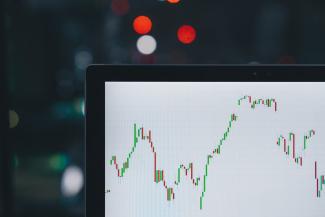 Blast from the Past

The more things change, the more they stay the same...

With respect to the economy, the news media offers soft, hard, or no landing scenarios daily.  It is simply too difficult to know.  However, we expect that lower wage costs and "moderate" inflation will probably be accompanied by the Federal Reserve's efforts to further lower short-term interest rates.  Like it or not, this is an election year.  Given our past experiences during the election cycle, no effort will be spared to "win."  Eventually there will be a day of reckoning.  Our national debt is approaching $6 trillion.  Debt growth has been 8.02% since 1991.  Congress and the President cannot seem to grasp the critical issues.

These paragraphs were written in one of our first quarterly newsletters in 1996.  While much has changed in the last 24 years, we were surprised by how much has remained the same.  On the change side, back in 1996 we were appalled that our national debt was approaching $6 trillion while we are now closing in on $27 trillion.  As far as staying the same, we think everyone can agree that Congress and the President are still struggling with critical issues.

With a lot of attention being paid to the market's potential reaction to the upcoming election, we wanted to share an interesting article recently posted on Marketwatch.com:  Should you change your investments because it's an election year?

To summarize, risk and volatility have always been a part of the investment process.  As much as the economy, technology, and social issues have changed since the 1996 election year - much has remained the same in the investing arena.

Chasing markets is not part of the Rembert Pendleton Jackson philosophy and we remain committed to investing our client portfolios in a thoughtful and diversified manner.